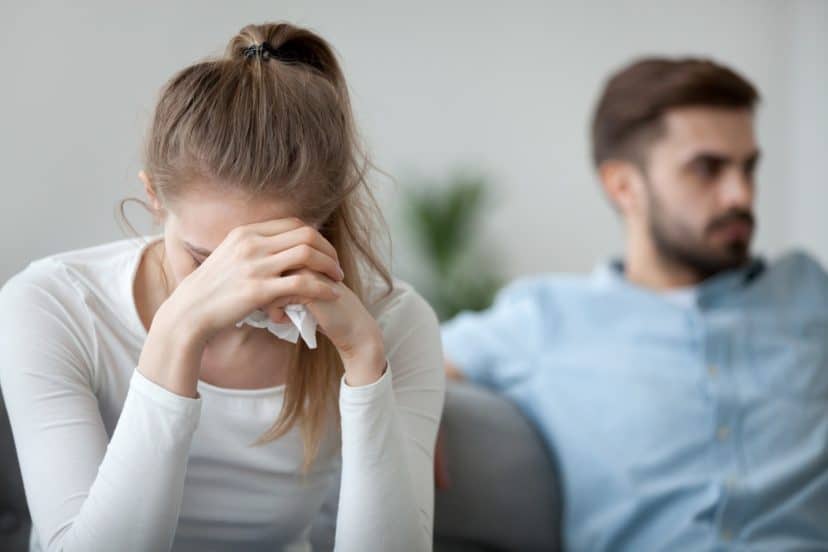 The thing is, the silent treatment can be caused by a number of things and you have options on how to handle it with dignity. Being aware of what might be causing your spouse to become silent can help a lot in solving your marriage issues.

I know it can be painful whenever your husband gives you the cold shoulder and simply refuses to communicate. But we can handle the silent treatment it with dignity.

When your partner starts to build a stone wall between the two of you, it can be absolutely toxic and frustrating.

I guess we have all been there– once, twice, or longer.

The infamous silent treatment can even create long-term emotional distance between you and your spouse– one that is hard to break.

Let me share with you these positive tips on how you can respond every time your husband ignores you and appears disinterested in communicating.

Be the better person, and how to get out of the silent treatment with dignity

As hard as it may be at times, especially if you don’t want to end up being the one who’s trying to exert more effort in working things out, tell your husband gently how his attitude is hurting you and your marriage. Explain to him that ignoring you on purpose is not the way to resolve issues in your relationship. Make him feel that he can open up with you about his own frustrations and that you will listen to him.

I know that things can come to a point where you feel like bombarding your husband with questions and demands if he keeps on treating you this way. You are not alone! You might eventually feel like exploding due to his indifference and your pent-up anger. It’s also completely normal to want to deal with the problem right away, get to the bottom of things, and seek reconciliation after.

The sad truth is you can’t expect a positive outcome if you start to deal with your spouse’s silence through non-stop nagging and shouting. Chances are, doing these things will only annoy your partner and make things worse.

What you can do is take a deep breath and calm down. Give your husband and yourself time to cool off and think things through. Doing so will help the two of you reflect and slowly release the tension that has build up. Sometimes the best way to respond to silent treatment is SILENCE.

Apologize if you have to

Use the silence between the two of you to sort out your thoughts. Is there something you might have done to hurt your spouse? What made him furious? Try to think back to what really caused your argument and how your husband ended up giving you the cold shoulder. 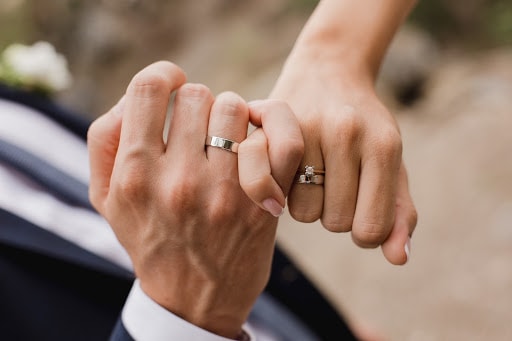 If you feel like you have made a mistake, admit it not only to yourself but to your husband as well. This may be something difficult for you to do at times, but don’t ever let pride get in the way! Be humble and loving enough to accept that you have done something wrong. Apologize in a sincere way and make it clear that you are truly sorry.

When your communication lines are faulty, your connection as husband and wife gets broken too. Once you have already worked things out with each other, to can help to create some limits and rules.

For example, whenever a fight ensues, you can both agree on calming down first and talking things through after. Make a promise that you will listen to him no matter what and control your emotions as long as he does the same.

“Happily ever after is NOT a fairy tale.

Be assertive but not sarcastic

When waves of negative emotions are flooding you and your partner, it can be extremely difficult to think straight and keep your dignity with this silent treatment. In fact, it can be so tempting to simply give in and flare up!

Have you ever found yourselves bursting with intense feelings and hurtful words during a heated argument? As much as I hate to admit it, I used to be guilty of doing this too! The thing is, using sarcastic and belittling words only adds to the chaos and doesn’t solve anything.

Avoid saying, “it’s high time you..” or blurting out something that sounds like “if it hadn’t been for your negligence..”

Outright sarcasm towards your husband can all the more cause him to build a stone wall and turn his back on you. Don’t forget that the man you have married also has feelings and can get pained if you say things that mock him.

So put an end to the harsh words and ditch the eye rolls! Avoid firing back with things that you would later regret saying. Instead, focus on the problem and possible solutions. Don’t let criticism and outbursts get in the way of your marriage.

There is no denying that it takes two people to make a healthy and joyful relationship.  How you treat each other matters!

Keep your eye on possible solutions every time a fight ensues. Remember that you attract the kind of energy you give off. So, if you want positivity in your bond as husband and wife, try not to let the negative stuff consume you.

Knowing what you can do when your husband gives you the silent treatment can save your marriage and give you a happier relationship. 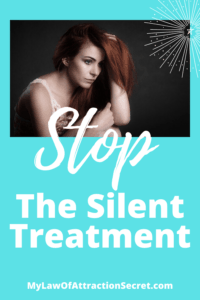 Use Intentional Love to Change Your Marriage

How to Manifest a Specific Person

If you want to know how to manifest a specific person you desire, you are on…